On September 21st 2019 the Central Shizuoka Prefecture English Speech Contest was held at Shizuoka High School. Twenty-Two students from across the central region of Shizuoka took part including three students from Shizuoka Eiwa.

All three students will progress to the Prefectural Contest which will be held in October in Shizuoka city. I was very happy that all three students practiced so hard and did a great job at the contest. Speaking in front of a large crowd in English is not easy but everyone did very well. I am looking forward to the next stage of the contest in three week. 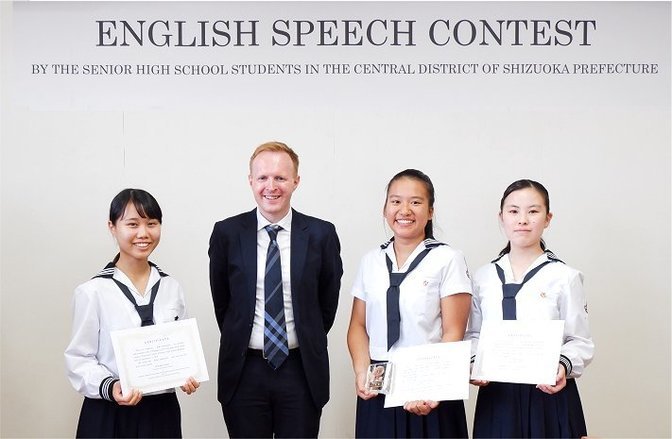