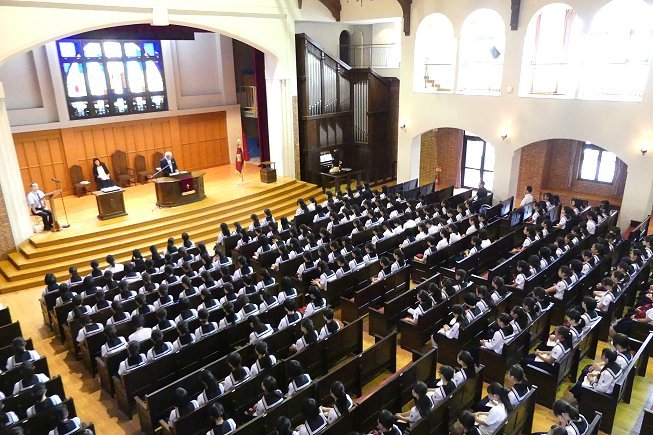 Today, the Opening Ceremony for the new term was held in the Chapel. September is set to be a busy month with many events at our school. In just over two weeks we will have the school festival and then the second Eiwa Day will be held at the end of the month. September is also the start of the English Speech Contest season, and many students will be practising hard in order to do their best at various contests over the next two months. In addition, the school will host visitors from our sister school in Canada, Saint Margret’s, next month.

In today’s Opening Ceremony, the Principal, Mr Ohashi gave a speech about change. Some changes happen over time thanks to developments in technology. For example, before the microscope was invented, there were many microorganisms that we could not see with our eyes. Some changes happen naturally, a change in the season will come soon, it will become cooler, and we will adapt to these changes by wearing different clothes. Humans also change, a common phrase used by people is ‘I’m not the person I was back then.’ The important thing is to embrace change and understand that maybe we are not the same as we were before the start of the summer vacation, but that is not a bad thing.

After prayers and a reading from the bible, students from various clubs were invited onto the stage to collect awards for their hard work during the summer vacation. The tennis, badminton and rhythmic gymnastics clubs all performed very well at contests over the summer and received numerous prizes. In addition, the brass band were awarded a special prize at a contest over the summer. Congratulations to all of the club members who took part in contests over the summer.
The start of the new term will change more challenges and more changes. Good luck to everyone over the next term. 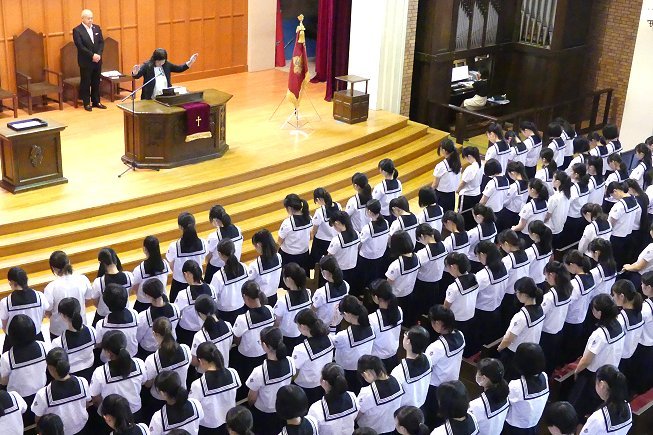