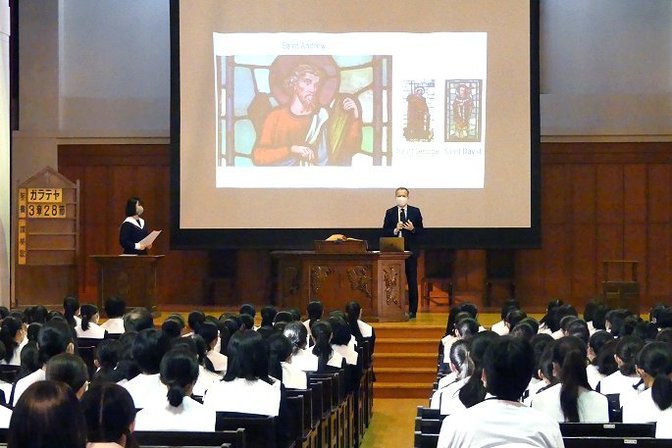 Friday 27th November was English Day here at Shizuoka Eiwa. English Day is a monthly event in which everyone at the school is encouraged to do their best to speak as much English as possible.

As well as teachers starting classes in English and students greeting each other in the corridors in English, we also have a special morning service. This month, I spoke to the students about Saint Andrew’s Day and Scottish culture. 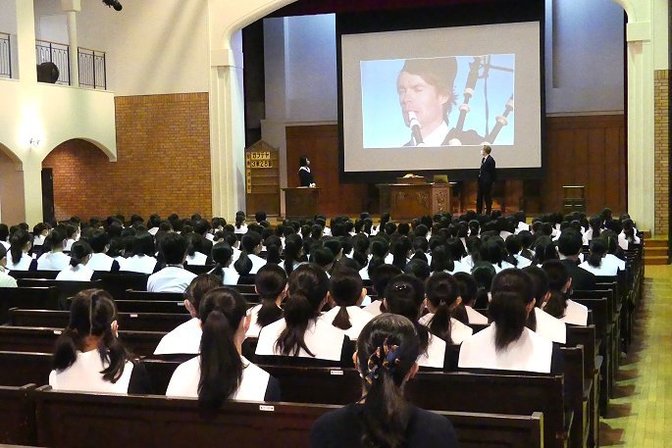 As I hope you know by now, I am from the United Kingdom. One mistake that is often made about the UK is that people think it is one country when it is in fact a kingdom of four countries.

The Monday after this English Day was Saint Andrew’s Day which is a holiday in Scotland. Saint Andrew’s Day takes its name from Andrew, the brother of Peter who is mentioned in New Testament. The day celebrates Scottish culture and so I decided to talk about three famous Scottish things.

Before I ended the talk, I reminded the students that many countries around the world have different cultures and ways of doing things. When we learn about different cultures we discover these differences but it is also important to remember that there are many things that bring us together and we should always respect the differences we can see in others.